Have a look at our latest shop window display celebrating the anniversaries of Liberation Day and the D-Day Landings in Normandy.

This display highlights specifically the involvement of Canadian soldiers in the Dieppe Raid that took place in 1942, one of the darkest year of the Allies during World War II.

The Dieppe Raid was the first raid of such a scale with a force of more than 6000 men including 4963 Canadian soldiers of whom 807 lost their lives and 1946 were taken into captivity.

We would like to thank Juno Beach Centre for lending us items from their museum to display in St Helier and the Bailiff of Jersey for the Liberation Bunting. 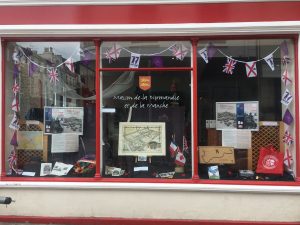 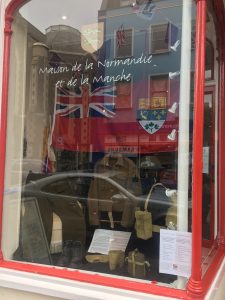 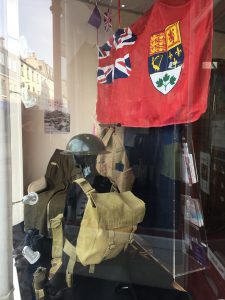